The 12th Annual CMMA Scholarship Golf Outing was held July 7, 2022 at Bucks Run in Mt. Pleasant.  It was a great success with beautiful weather.

Team Walters from Alro Steel turned in the lowest round.  Team members included: Greg Walters, Dave Kyle, Jacob McKinstry, and Steven Kukla.  The winner of the Steve Grace “Having The Most Fun” trophy this year was the Case Systems Team of Kelly Wehner, John Zaremba, Rochelle Beechum, and Dawn Ives.

This event supports the scholarships that CMMA awards each year.  This year, we were able to award three scholarships.  All of the winners were at the event with family members and were formally recognized.  This year’s winners were:  Cody Hartman, Nathan Keen and Harris Schaub. 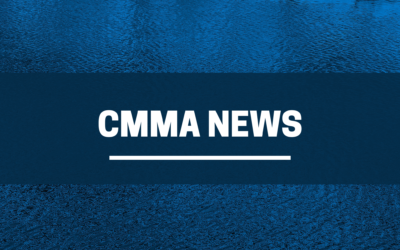 Three years ago, Central Michigan Manufacturers Association launched an initiative called PRIME with the Gratiot-Isabella RESD. PRIME:  Partnership Response In Manufacturing Education Through the PRIME program, training programs and equipment were procured by the...

For the past twelve years, the CMMA has provided up to three scholarships annually to applicants from around the region. Each scholarship is in the amount of $2,500. The scholarship competition has grown in popularity every year. This year’s competition was very...

CMMA began a Dale Carnegie training for the Executive Roundtable leadership yesterday, April 5, 2022. The goal is to provide the Executive Leaders with insight and tools to support the continued development of their team members.