Ithaca’s Aircraft Precision Products, Inc. (APPI), is an employee-owned small business. They serve customers who insist on the ultimate in precision machining, thermal coating and other phases of the metalworking industry. We provide aircraft services.

Specializing in complex, rotating parts for gas turbine engines, APPI has been a key supplier to General Electric Aircraft Engines and the U.S. Department of Defense since being established in 1946 in the Detroit area. The company moved to its current 36,000 square foot facility in Ithaca in 1972. It has grown to 58,000 square feet since 2009.

While APPI is best known for the machined components it provides, we also offer plasma spray coating, a super heated powder that is robotically sprayed onto part sections to help them withstand an engine’s extreme operating temperatures.

WHO WE PROVIDE AIRCRAFT SERVICES TO

APPI supplies parts for both military and commercial engines.  Its components can be found on engines powering the B-1B bomber, F-16 fighter, F-117 Nighthawk stealth fighter, A-10 Warthog and many other military aircraft and Navy vessels. It also manufactures components that will be found on the new Airbus A380 and Boeing 737 Max. These are only some of our aircraft services that we do.

Bill Henderson, APPI president, says his company benefits from a dedicated small-town work force of more than 60 employees. Many of the employees have been with APPI more than 20 years and regularly maintain the highest quality standards while meeting the most demanding delivery schedules.

APPI was honored October 30, 2003 by the U.S. Department of Defense for the consistent and outstanding quality of the components it manufactures for the U.S. military. “What we produce can mean the difference of a successful or unsuccessful mission and the safety of the pilot and crew,” Henderson said. “We take that seriously and are honored to be recognized for it.”

The Michigan Manufacturers Association recognized APPI’s commitment to both “Lean Manufacturing” and expanding local business-education partnerships in 2004 and 2007.  We also received a Community Impact Award from the MMA at a Lansing ceremony in 2018. 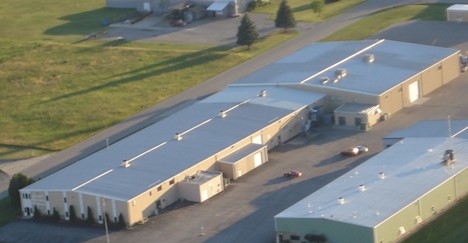