In 1986, James A. Ranck established his own electrical contracting company after over 12 years in the field as an electrician. After 15 months in business with an initial partner, Jim became the sole owner, incorporated and changed the company name to J. Ranck Electric (JRE) and the location to Coleman, Michigan. The staff included one estimator, one administrative assistant and Jim as the sole project manager.

In 1995, a branch location was established in Sault Ste. Marie. The following year, after outgrowing the first location, Jim moved the corporate office to a new, larger location in Mount Pleasant, Michigan. Around that same time, the company procured one of its most prominent projects, the Soaring Eagle Casino and Resort. In 1999, the electrical contracting company established a branch location in Flint, Michigan. This location was the necessary and final piece of the puzzle in order for JRE to become a true, turnkey electrical contractor, capable of servicing customers throughout the state of Michigan and the United States.

Today, JRE continues to be dedicated to corporate and industry growth, adding another warehouse location near Detroit, Michigan. JRE is a national presence, performing work in a multitude of states, specializing in transportation, heavy industrial, renewable energy, power, water, oil, and gas infrastructure. The company’s diversity lends itself well to the exploration of new markets which often present national projects. Now with over 70 million in sales annually, almost 300 employees, JRE maintains prudent but diverse growth and expansion. The company has followed this stable philosophy since its inception and its growth has not been by chance. In 2009, JRE entered the solar construction field and in 2017, 2018, and 2019 was named the number one solar contractor in Michigan by Solar Power World magazine.

Management and employees firmly support the corporate mission, which is to ensure that every customer is granted the highest quality, safety, and professional standards with each project performed, while striving to develop long-term connections with customers, in order to create a relationship that is built on trust, anticipated needs, and responsive action.

To learn more about J. Ranck Electric, visit their website at www.jranck.com. 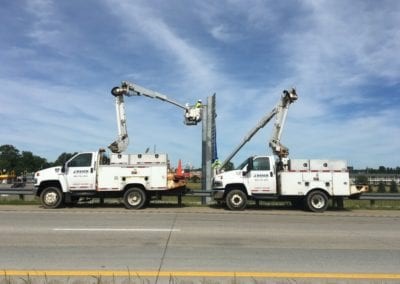 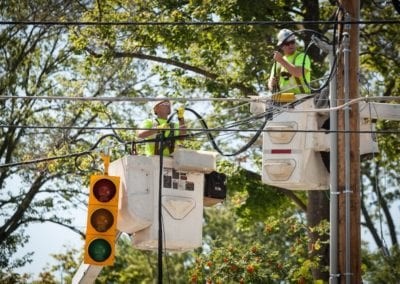 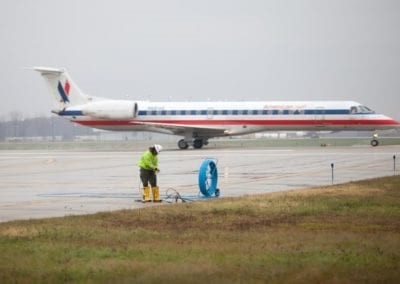 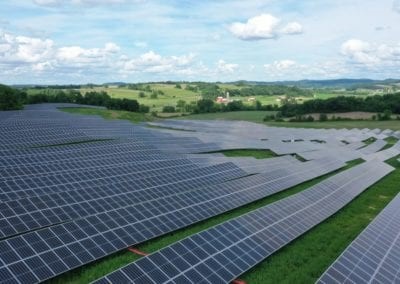